The budget, policies, and allocations for the California Arts Council’s local assistance grantmaking are set by a policy Council consisting of 11 Council Members; one appointed by the Senate, one by the Assembly, and nine by the Governor. The members serve terms of either two, three, or four years. Gubernatorial appointees are subject to Senate confirmation and are not reappointed more than once. The Council is led by a Chair and Vice Chair, as elected by the Council.

The Council meets approximately five times a year, setting priorities and policies for the agency’s local assistance grantmaking and voting on committee or staff recommendations regarding grants and special Council initiatives. All Council meetings are subject to the Bagley-Keene Open Meeting Act.

Interested in being considered for an appointment by Governor Newsom to a position on the Council? Visit this link for details on the appointment process: https://www.gov.ca.gov/appointments/ 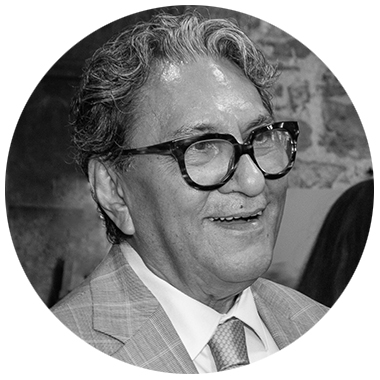 Larry Baza is a professional arts administrator with more than four decades of experience in advocating for the arts at the local, state and national level. He is the immediate past Chair of the San Diego Arts Commission. Baza has served on the boards of various nonprofit arts organizations and provided his expertise as a panelist for arts commissions and foundations. In his professional career, he has directed and managed San Diego arts organizations and businesses including Centro Cultural De La Raza, Sushi Performance and Visual Arts, Fingerhut Gallery, and Community Arts of San Diego. His wealth of knowledge and experience includes affiliations, consultancies, site visits and panel participation with multiple arts organizations including the National Endowment for the Arts, California Arts Council, California Association of Local Arts Organizations, Chicano Federation of San Diego County, National Association of Latino Arts and Culture, and the San Diego Community Foundation. 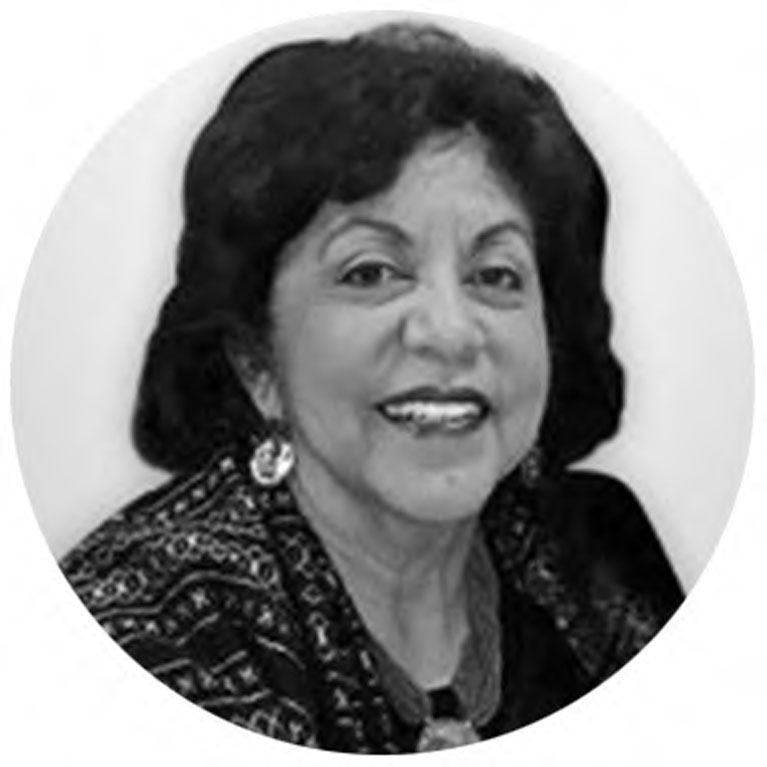 Lilia Gonzáles-Chávez is a native of Fresno County, where she has been an active advocate for the arts for over 40 years. She served on the board of the Fresno Art Museum and the board of the Fresno Arts Council prior to being appointed Executive Director in August 2011. In 2016, she was appointed to the Board of Trustees of the State Summer School for the Arts by Governor Jerry Brown and was reappointed in 2018. She is a performing artist with over 30 years teaching and performing ballet folklórico. She has worked in the education and the arts fields first as a teacher then advancing through management and leadership positions in public and nonprofit organizations.

As Executive Director of the Fresno Arts Council, she has led the organization to provide arts services in the state prison system and the local jail. Under her leadership, the Fresno Arts Council has increased outreach to rural communities with a designated Rural Outreach Fund to support the transportation of artists and audiences to and from rural parts of Fresno County, created a teaching artists training program to increase participation of local artists in the schools, and is credited for establishing the Fresno Poet Laureate program.

Chavez is a co-founder of Arte Américas, the Latino cultural arts center in Fresno, and served as its principal administrator for 10 years. Known for her work with underserved residents, she was awarded the Judge Armando Rodriguez Legacy Award for Social Justice and Arts Access in 2018.

Chavez was appointed to the California Arts Council by Governor Gavin Newsom in February of 2020. Her term expires January 1, 2024. Beginning January 1, 2021, Chavez serves as Vice Chair of the Council. 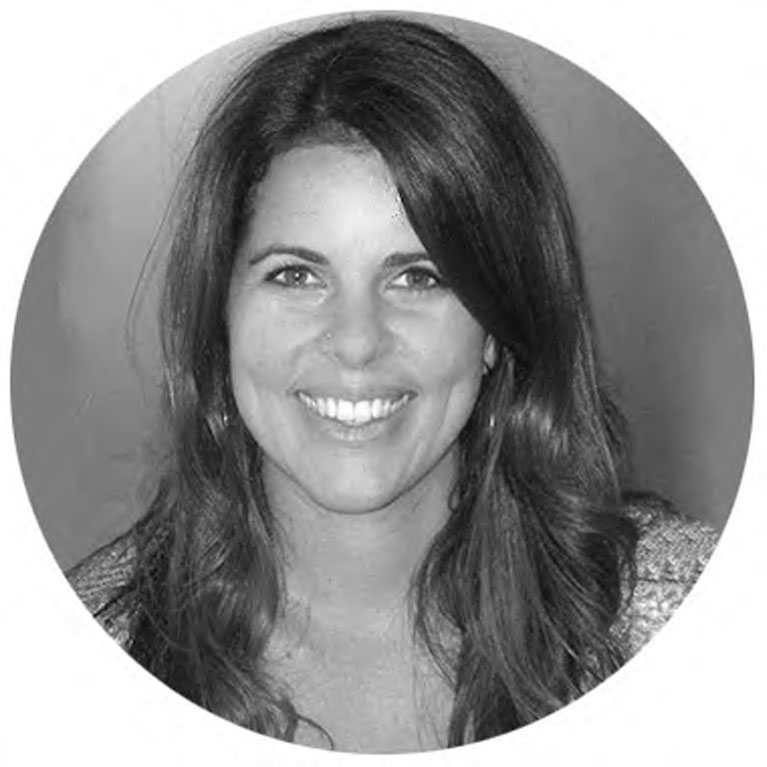 Jaime Galli is a Senior Consultant with Sia Partners and currently engaged with the Brand Marketing team at Instagram. Previously, she was a Senior Strategist at Imprint Projects, leading digital strategy for clients like Google, Levi’s Made and Crafted, and Dolby. She’s worked as a freelance Marketing and Communications Consultant focused on the arts, culture, leisure, and entertainment sector. Her clients include Fuseproject, Adidas, San Francisco International Film Festival, SF Sketchfest – The San Francisco Comedy Festival, and more. Additionally, she works as an Instructor at the Academy of Art University, teaching Social Media Strategy.

Galli was the former Digital Marketing Manager at the San Francisco Museum of Modern Art, and previously the Senior Marketing and Communications Manager for SFFILM. She has worked in marketing and fundraising for multiple organizations, both in California and Oregon, including Eugene Opera, The Oregon Bach Festival, The Santa Barbara Choral Society, University of Oregon, and San Francisco State School of Music and Dance. She has presented on email marketing best practices, social media strategy, and creative branding, written about leadership and management in arts organizations, and has written and edited courses in social media strategy, content creations, analytics, and management.

Galli was appointed to the California Arts Council by Governor Jerry Brown in October of 2014 and reappointed in February 2018. She served as Council Vice Chair from January 1, 2020 to December 31, 2020. Her current term expires January 1, 2022. 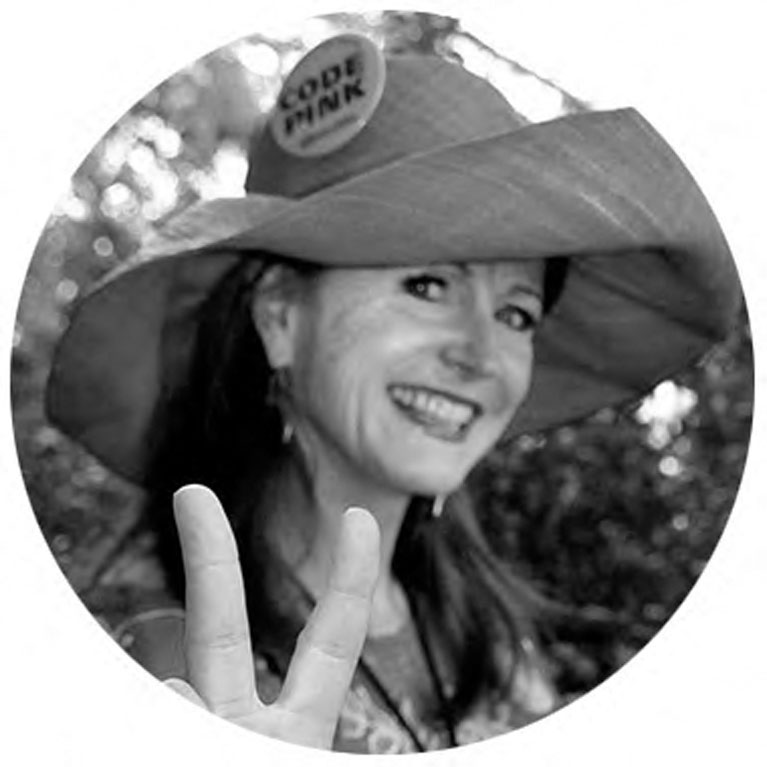 Jodie Evans has been a peace, environmental, women’s rights and social justice activist for over forty-five years. She is the co-founder of CODEPINK that works to stop US Military interventions overseas, promotes diplomatic solutions and Peace. She served in the administration of Governor Jerry Brown and ran his presidential campaigns. She published two books, “Stop the Next War Now” and “Twilight of Empire,” and produced several documentary films, including the Oscar and Emmy-nominated “The Most Dangerous Man in America,” And “The Square.” and Naomi Klein’s; “This Changes Everything”. She sits on many boards, including 826LA, Rainforest Action Network, Institute for Policy Studies, People’s Support Foundation, Center for A New Economy and Drug Policy Alliance.

Evans was appointed to the California Arts Council by Governor Jerry Brown in January of 2019. Her term expires January 1, 2023. 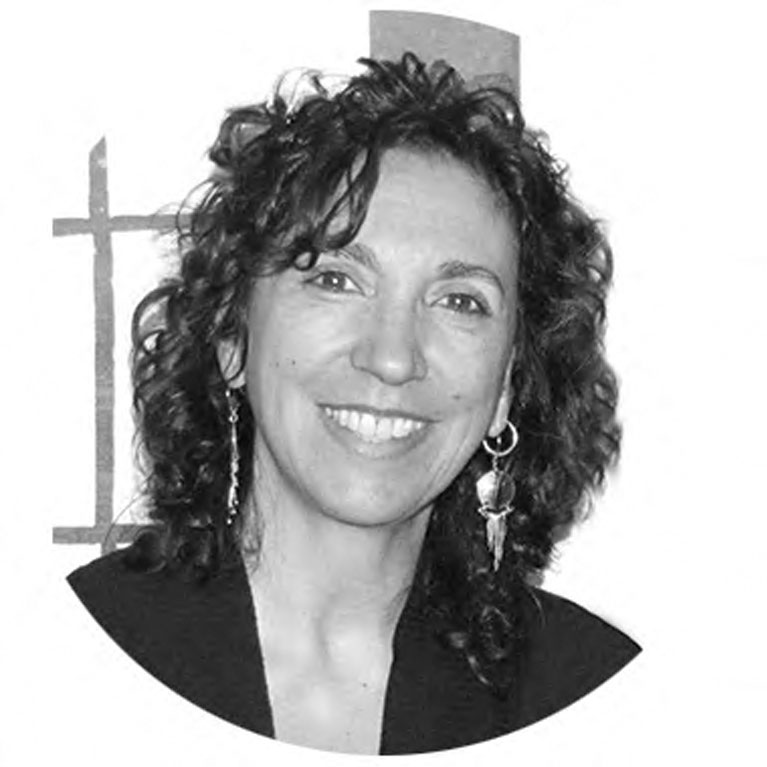 Artist and photographer Kathleen Gallegos is the Founding Executive and Artistic Director of Avenue 50 Studio, Inc., a 501(c)(3) nonprofit arts presentation organization located in the Los Angeles neighborhood of Highland Park. Avenue 50 Studio has been presenting free and low cost programming since its inception. Gallegos’ personal work has been featured in exhibitions at the Mexican Cultural Institute, the Museo de Arte in Mazatlan, Studio Channel Islands Art Center, the Wright Gallery at California Polytechnic Institute, the Instituto Cultural Interamericano in Tegucigalpa, Honduras, and many more.

Gallegos was appointed to the California Arts Council by Governor Jerry Brown in October of 2014 and reappointed in February 2018. Her current term expires January 1, 2022. 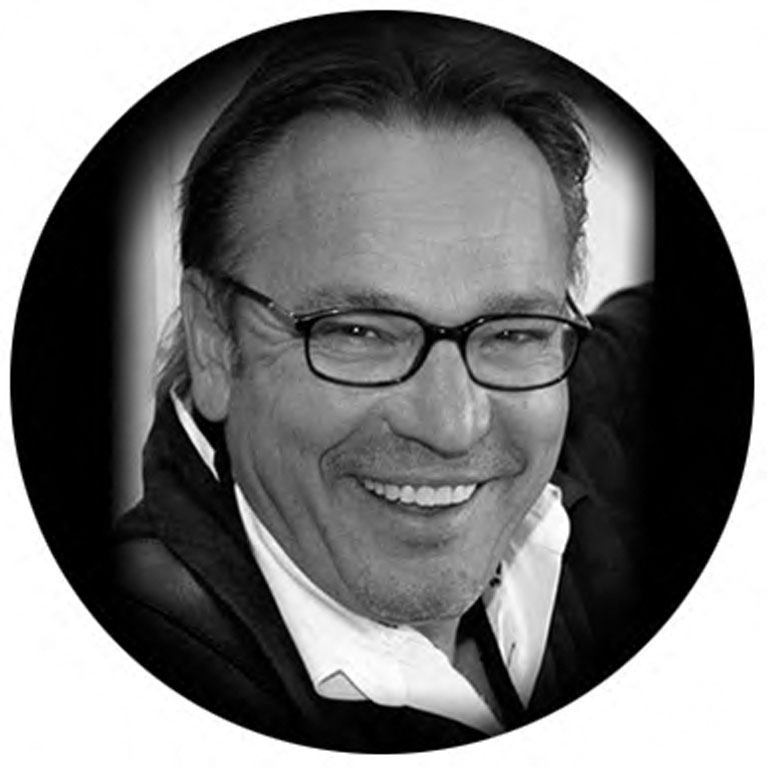 Stanlee Gatti was born to immigrant parents in the small mining town of Raton, New Mexico. His father was born in Arpino, Italy and his mother was born in Montenegro. Gatti studied music, physical education and art at the University of Northern Colorado in the 1970s, then architecture and art history at the University of Oregon. After college he worked in event coordination, as a department store window dresser, and at a plant store. He then then moved to San Francisco’s Tenderloin neighborhood. He worked as a florist at the St. Francis Hotel in 1978, advancing to Hospitality Manager. In 1985 he was recruited from that position to plan the 75th anniversary opening gala for the San Francisco Symphony after impressing the event organizers – an opportunity that helped launch his career and led him to start his own design firm, Stanlee R. Gatti Designs. In 1996 Mayor Willie Brown appointed Gatti President of the San Francisco Arts Commission. Gatti resigned from the Commission in 2004. Stanlee R. Gatti Designs produces events concentrating on the aesthetic. Gatti has served on the California College of the Arts Board of Trustees, San Francisco Zoo Board of Directors, YBCA Board of Directors, the San Francisco Arts Commission, and the War Memorial Board of Directors.

Gatti was appointed to the California Arts Council by Governor Gavin Newsom in June of 2019. 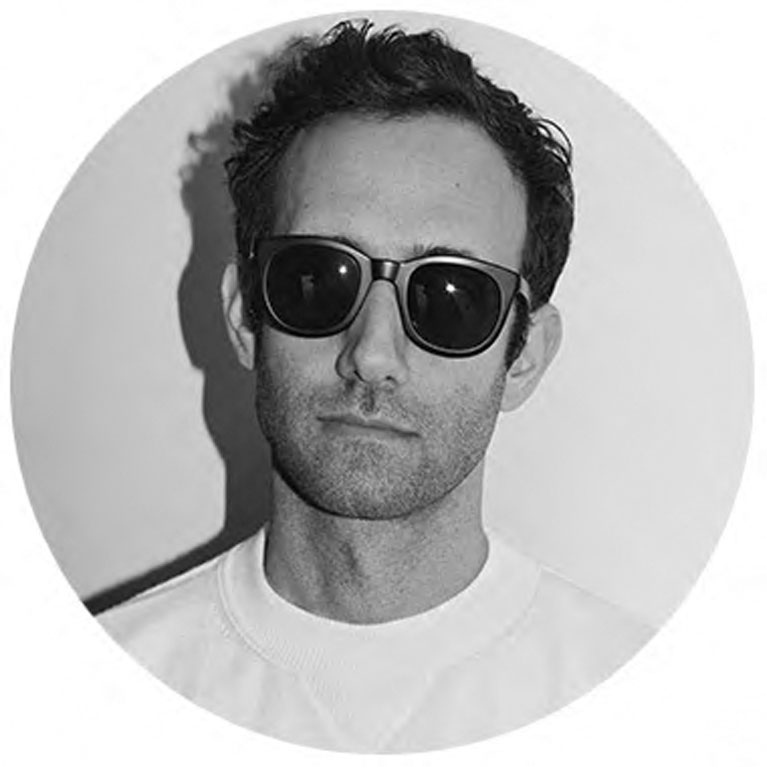 Alex Israel lives and works in Los Angeles. Deeply entwined with his hometown, his work explores popular media, Hollywood, and the cult of celebrity, while positing L.A. as central to an understanding of American culture and the American dream.

Israel’s practice has included high-profile collaborations with Bret Easton Ellis, Louis Vuitton, Rimowa and Snapchat, as well as his own Freeway Eyewear and Infrathin Apparel designs. His ongoing web series, an LA-centric talk show hosted by the artist and titled As It Lays, is streaming on YouTube, and his feature length art film, SPF-18, is now streaming on Netflix, following a tour to high schools across the United States.

Israel was appointed to the California Arts Council by Governor Gavin Newsom in Febraury of 2020. His term expires January 1, 2024. 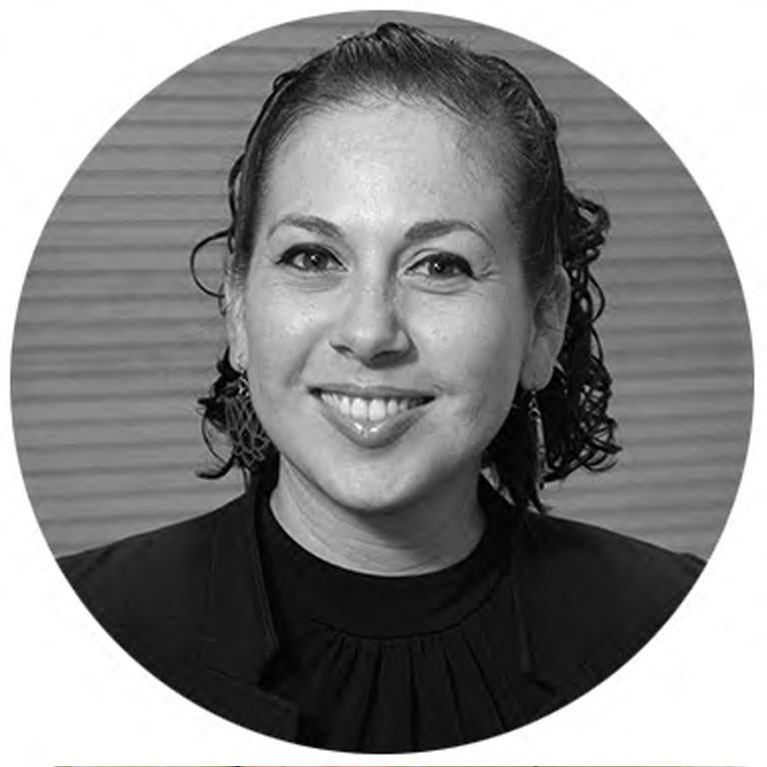 Consuelo (Chelo) Montoya is an artist, educator, and cultural producer specializing in community engagement strategies. She is the Assistant Vice President of Adult Education and Public Programs at the Los Angeles County Museum of Art where she oversees the music, film, docent and public programs. She previously served as Director of Education and Public Programs at the California African American Museum. Under her leadership there, she contributed to the exponential growth of the museum’s attendance through a dynamic offering of public programs. Her Radical Self Care annual series received national recognition by the American Alliance of Museums in their 2019 Trends Watch publication. She was the founding administrator and faculty member in the Master of Public Practice program at Otis College of Art and Design where she contributed to the development of the program over the course of a decade.

Chelo received her undergraduate degree in Fine Art from the University of California, Santa Cruz. Her M.A. in Public Art Studies from the University of Southern California focused on arts administration and community-based arts. She earned a second masters, an MFA in Graphic Design at Otis College of Art and Design, with much of her work dedicated to issues around water and climate change. Her creative practice is largely inspired by her experience growing up in a rural community in the Central Valley of California. She has been extensively involved in working with local artists to produce the SELA Arts Festival at the L.A. River in South East Los Angeles since its inaugural year in 2018.

Chelo sits on the Board of Trustees executive committee of the Vincent Price Art Museum. She was appointed to the California Arts Council by the Speaker of the Assembly, Anthony Rendon, in March of 2020. Her term expires in 2024. 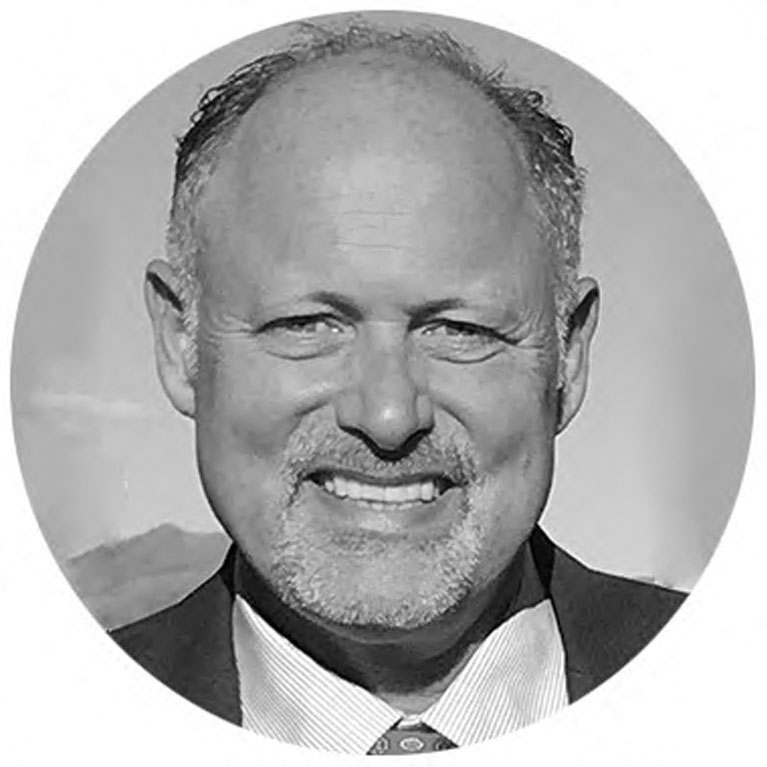 Jonathan Moscone currently serves as Chief Producer of Yerba Buena Center for the Arts in San Francisco. Over the past five years, Jonathan has shepherded the civic engagement efforts at YBCA, focusing on creative placemaking, food justice, youth empowerment, and most recently, co-leading the successful ballot measure to restore arts funding for San Francisco artists and organizations.

A native San Franciscan where he resides with his husband Darryl Carbonaro, Moscone chairs the Advisory Committee of San Francisco’s Grants for the Arts and currently serves on the boards of Homeless Prenatal Program and Alice Waters’ Edible Schoolyard Project, having previously served on the board of Theater Communications Group. Prior to YBCA, Jonathan served for 15 years as Artistic Director of the California Shakespeare Theater and is the first recipient of the Zelda Fichandler Award, given by the Stage Directors and Choreographers Foundation for “transforming the American theater through his unique and creative work.” Moscone received his MFA from the Yale School of Drama and a Bachelor of Arts degree from Williams College. He continues to pursue directing throughout the country.

Moscone was appointed to the California Arts Council by Governor Gavin Newsom in Febraury of 2020. His term expires January 1, 2024.

Get the latest news by signing up for our newsletter!